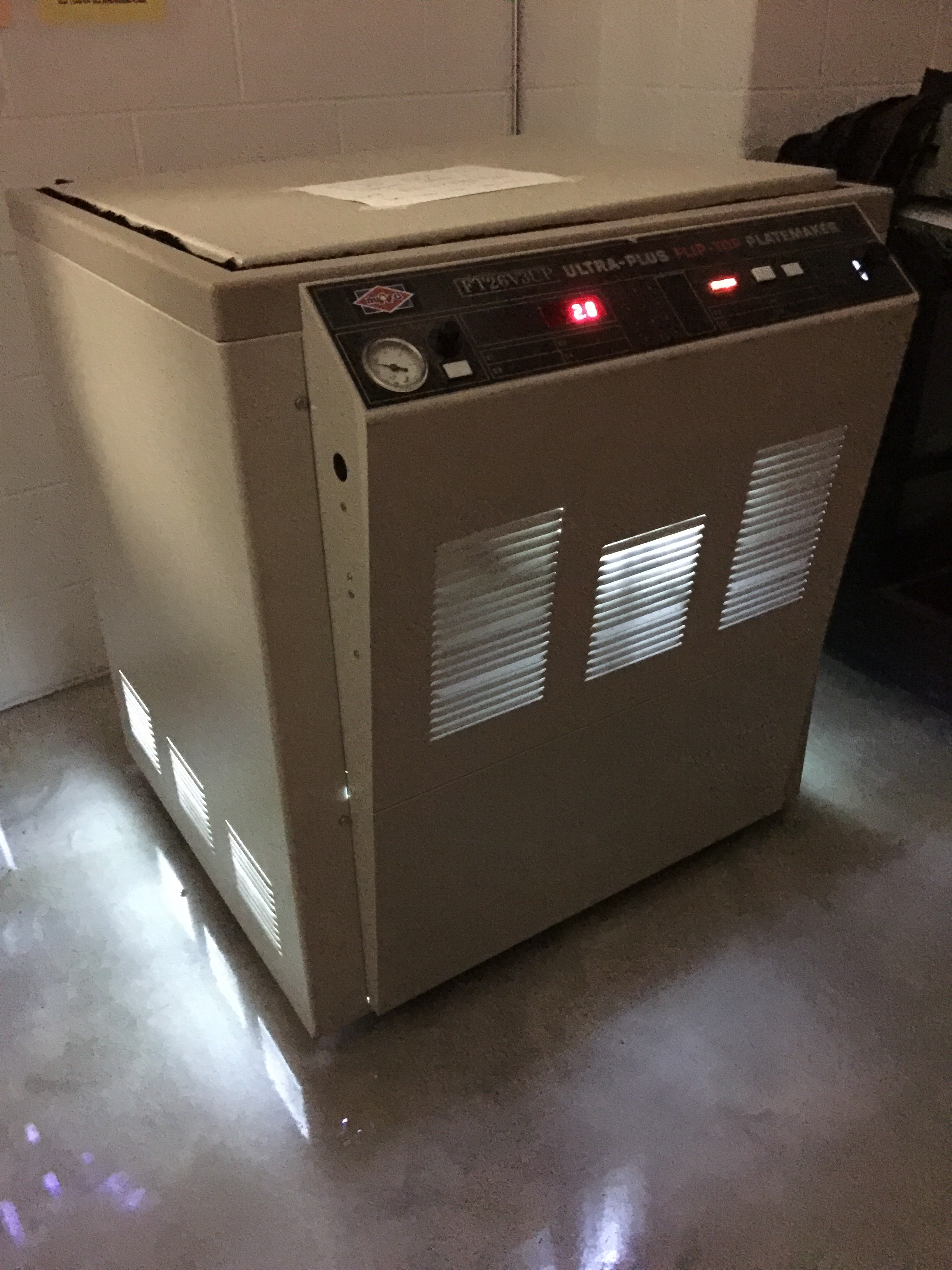 There was a lot of testing done. And over the last two weeks I have spent a lot of time with this little machine. After spending many hours one Sunday making test strips out of polymer plates, I knew I was close with the exposure times. Results like this kept me going. Not perfect, but better. I started testing plates that were just a little larger. I know that this series will have layered images. But I was uncertain how that would translate to this medium. I realized there were two approaches I could use. 1. To make the layered image in Photoshop and print a transparency with them layered like I want, and make a plate from that. Though I figured that would be challenging due to the fact that layering images in Photoshop can make some areas very dense, making a difficult image to make a plate from. Option 2. would be to split up the two images, make a separate transparency and separate plate of each and do the image layering on the press. I knew this would be a challenge to get the images to blend together smoothly, and registration of plates so they lined up during printing could be a night mare.

I started playing with images, and trying both ideas. It also gave me a chance to play with ink tones and colors a bit. Everything was helping, and getting me closer to what I wanted. I could see that. But nothing was “it”.  The exposures were decent, but the images were fuzzy, and spotty. I started doing more research through blogs to troubleshoot what was happening. Once I had learned more about what could be going wrong, and after a pretty rough week, I decided to try one more plate. I was somewhat confident that I knew what was happening, that my aquatint screen and my image transparency were not making good enough contact, due in part to the fact that I was using a smaller plate to test, but not necessarily using a smaller screen or image. I was trying to save money in plate material to test, but it wasn’t necessarily giving me proper tests.

So I took a deep breath, and jumped in. Stay tuned for how that turned out!


Error: API requests are being delayed for this account. New posts will not be retrieved.