Just a quick post to wish you all a Happy New Year’s eve! I will be back tomorrow with a few New Year’s goals and resolutions. In the mean time, I am celebrating the last few hours of 2012 with a few great people. I am grateful to make it to the end of this year in one piece! Sending lots of love to all of you. May 2013 be amazing! 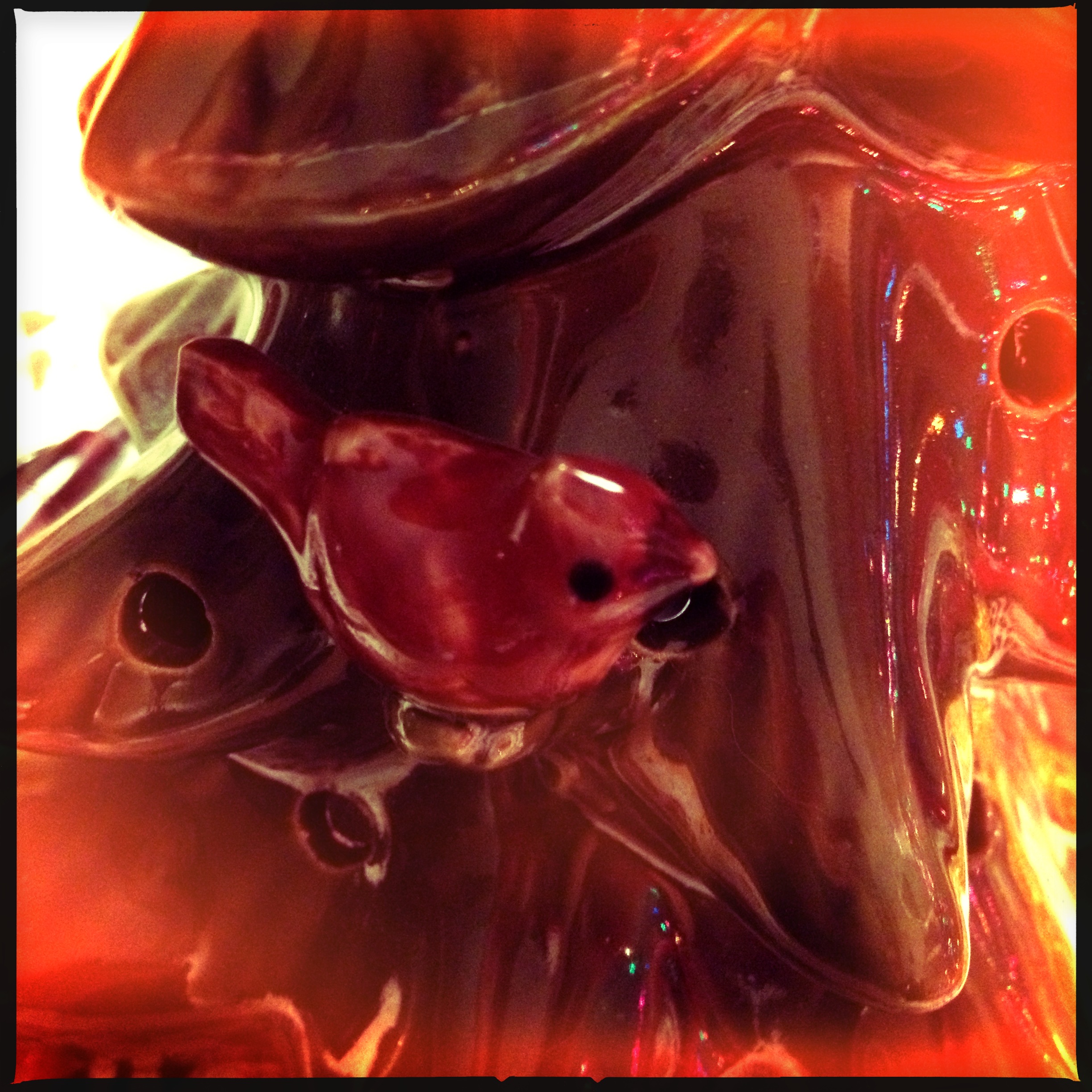 Funny the things you notice when the dust settles a bit. My last post was on December 11th, and the very last time I had enough time to sit down and have a smidge of brain space left to even open up my little red 2012 date book, it was December 10th.

Here I am again. Many things have happened between now and then, and it hasn’t been the easiest month…really, it hasn’t been exactly the easiest year. But, there have been an awful lot of things happening in the world that are way worse than anything I have had to deal with, so I am not going to whine or complain. I will say that I am looking over to January 1st and the feeling of a fresh start in many things, including the realization of a couple of ‘gifts’ I gave myself this week.

Gift #1 to myself: I have failed at my Year of 30 project, and I am ok with that. It was a cool idea. The way I started it created gorgeous journals, but it was getting quite expensive and quite hard on one of my favorite cameras. So after 3 months I opted to switch to a different camera. I have already had 3 rolls of film not turn out with that camera for various reasons. This project had already gotten a bit frustrating – I love taking photos, but it is a lot of pressure taking one every day that can also be journaled about, keeping track of it for when the film is developed, printing, and mounting in a journal. Frankly, it got to be a bit too much, and when a number of rolls failed, I had had enough. It was my gift to myself to allow this project to fail, and fade away. I will eventually print and journal the remaining photos I do have from it. I hope to someday be ambitious enough to get those photos all up on this website. Honestly, I am ok not documenting every day of being 30.

Gift #2 to myself: I am letting go of the Sketchbook Project I joined last year. The deadline is January 15th, and my sketchbook is still blank. I had big plans when I signed up, and none of those have really panned out. I never imagined I would have a year this busy, this full of shows and work. I’m not complaining about any of it. I do feel bad that I haven’t gotten this project done, and that I can’t do it justice between now and the deadline. But, something has to give, and I am giving myself the gift of letting this go.

2013 will bring for me a place in a print exchange with the Honolulu Printer’s Guild, a show in the Bindery Gallery at MCBA in June (yes that is really happening), along with a couple of other MCBA Artist Co-op shows and obligations. Ironically, I feel like I’m taking it easy in 2013! Ha!

The annual celebrating of Christmas has come to an end. It was a great time, as always, to hang out with my family, and enjoy how lucky we are to be able to be together. Little traditions…special moments…

Besides the general traditions of time with family, meals shared, and special decorations, Mr. FN and I continued our tradition of spending Christmas Day together, just the two of us. We slept in, made breakfast, baked bread, cooked dinner, watched many episodes of West Wing (no spoilers please!), and I worked on the leather journals I am binding for us. Yes, it has been awhile since I have worked on those. This is due in part to the couple of things I mentioned above that I gave up this week. It turns out, that sewing a headband on a book is a little like riding a bike…you don’t really forget! … Especially when you finally find the directions given to you when you were in the workshop… One day I will have these journals done…. December 22nd will always be a special day for Mr. FN and I. That’s why I started my last 365 cell phone photo project on that day, and that’s why I am starting year two on the same day. These projects have been fun, and they don’t have quite the same pressure the film project did. So, I’ll keep them up for now! Instead of posting photos on Instagram (more discussions about that in a later post!) I will be posting them in my Flickr account. Check in once in awhile!

Until next time (whenever that may be), have a happy holiday, and may 2013 be a peaceful year for us all! 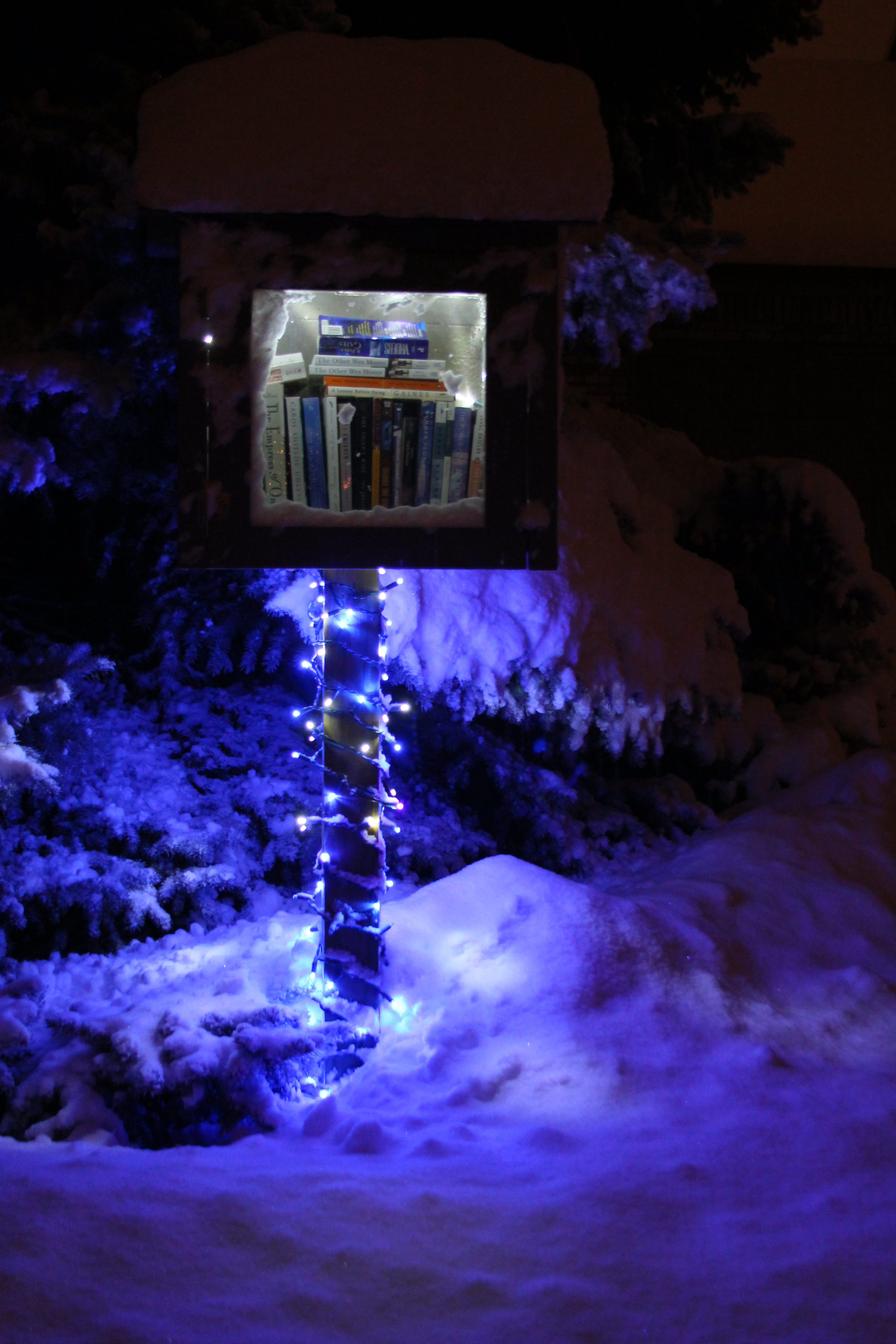 We finally got snow! It started late Saturday and continued until late Sunday. We had somewhere around 12 inches dropped on us of glorious, fluffy white snow. Yeah, it isn’t easy to drive in, and in fact it still seems to take forever to get anywhere right now. But, it is beautiful. I love these kind of snow storms, where it just covers everything all at once. When you can look out into the back yard and just seem smooth white. I got out of work very early on Sunday (we closed early for the snow!!) and after Mr. FN and I made a quick run to the store to pick up a few essentials (including sleds!) we went home and watched the snow pile up while we decorated our Christmas tree. Eventually we couldn’t stand not being outside anymore and went for a walk around our neighborhood. It was beautiful! Our neighbors behind us have a Little Free Library! And with the blue lights, it is the sweetest little library I have seen! I’m planning on going out there with a few books to contribute…and maybe find a new book to read very soon! Normally I would be working on a ‘List it Tuesday’ post right now. The topic this week over at Artsyville is ‘What is in your junk drawer’. I adore this topic! Sadly…I don’t have a junk drawer! For those of you that may not know, Mr. FN and I have our little two bedroom condo on the market. Which means everything must be clean, everything must have a space. Everything is so organized (to a point…) and put in certain places so I can find it when I need it, that I don’t have room for a junk drawer. Trust me, this is on my list of things I would like at our new place….as soon as we sell this place ;)

Other little updates from around here:

* I found my canvas coating goop! (Seriously, this was a search that took roughly 3 weeks between home and my studio…)

* today I worked on that photo job I mentioned before, finished some pottery that I started last week, and took care of Mr. FN who was home sick from work.

* and I took pictures of snow. Because I am still amazed by it.

Off to bed to curl up and read for a bit. It is an early work day tomorrow. 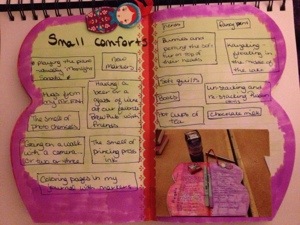 I still created a list for Artsyville’s ‘List it Tuesday’ feature, even though I haven’t had time to post it until now. Ironically, the list it subject this week was ‘small comforts’ and this week I found myself using almost all of the comforts on my list. On Tuesday, sitting in my last of 3 meetings for the day, I realized I had many of those comforts with me. Ironic?

Tonight, after a long day of waitressing, and setting up for and manning the booth at our last holiday art/craft festival of the year, I would add these things to my list:

– my sweetie making a BLT sandwich for me when I come home, no matter how late I am
– having a beer with said BLT’s
– having someone really like my artwork that doesn’t always sell at these festivals (we always sell the pottery, and I’m all for that! I love that people enjoy that! But it is really cool when someone loves my photographs as well…)
– having friends stop by a festival to say hi…they don’t have to buy anything! Just seeing a friendly face that isn’t judging my display/vision/pricing/packaging is awesome and I appreciate all who stop by! (Or send me friendly little text messages/online messages when they can’t make it!)
– having time at the booth to talk with my mom and dad when they are there to help. Seriously, it feels like it isn’t often I get to talk to them outside of the restaurant they own!
– how soft and fluffy my bed feels at the end of the day, especially when I know that alarm will be all too early in the morning…. Our booth at No Coast Craft -O- Rama! 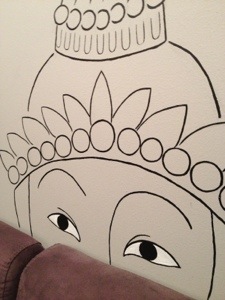 One more holiday art sale down, one more to go.

This weekend I had a table at the Roseville Holiday Festival selling my photos along with the pottery my dad and I make. It went much better than I expected! In fact, I need to restock my 2013 calendars for the No Coast festival next weekend! (If you would like a calendar, and didn’t get to the festival this weekend and won’t make it to No Coast next weekend you can order 2013 them here!)

Between festival prep, finishing photo jobs, and working my hours at the restaurant, I feel like I have been running constantly the last couple of months. Of course it is starting to take it’s toll on me, and I have been fighting a cold since right after Thanksgiving (yes, I did too much that day too, but how do you say “no” and disappoint family?) but I have been starting to feel better and trying to take it easy more.

This weekend was of course taken up with the festival, but Saturday night turned out much better than I ever hoped. I was home shortly after 5:00, and me and my Mr. FN jumped in the car and went on a little date night. Of course, that date night also included dropping off artwork that a friend had purchased awhile back, and visiting two other friends at an art sale across town. But it also was filled with laughing, spontaneity, a stop at an ice cream shop (they had sorbet!!) amazing Thai food, and buying our Christmas ornament for the year. Getting out for a fun night like that was just what I needed.

The Thai restaurant we found had the coolest paintings on the wall!