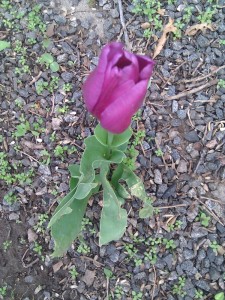 It has been a busy time around here. My sweetie and I went to Chicago for a couple of days to celebrate our wedding anniversary. There was some fun, and a romantic walk through Millennium Park surrounded by a bunch of craziness that led us home earlier than originally planned. It worked out for the better. Saturday, May 21st, we arrived back home, to our own shower, our own bed, and had a romantic dinner at one of our favorite restaurants to celebrate our anniversary. This May 21st celebrates the 7th anniversary of our second wedding. The wedding we got to have after he came home from being over seas. The one we got to plan. The one I made the invitations and bouquets for with help from a few friends. The one we had outside despite the rainy, cool morning. No matter what craziness we encountered in Chicago, no matter that we cut our trip short, the best part of the weekend was that we had 4 days together to hang out and do things we enjoyed. That was amazing, and the best anniversary present he could give me.
Now that we are back, there are so many exciting things happening!
Art stuff:
I start a new class at MCBA tomorrow about page layout design. I have never ever taken a class like that, and this one goes for 6 weeks. I’m excited!
The overnight Northern Spark festival goes from sundown June 4th through sunrise June 5th. I will be visiting a few of the events around town, but I will also be printing at MCBA from 11pm to 4am! There will be pie, coffee (thank goodness!) and square dancing! You should definitely come visit. It will be a great night!
June 10th, Jes Lee Photos and Dad and Kiddo Pottery will be at the Unravelled DIY Festival! This is the first year for this festival. I think it will be a good one!
And of course many more things to come.
There are some cool things happening in my personal life as well, but those will be posted later.
365 photos:
May 19th
Instant photo #45
http://www.flickr.com/photos/jesleephotos/5752513982/
A Chicago alley
Cell phone 365 #44
http://www.flickr.com/photos/jesleephotos/5752550210/
A photo of us reflected in the strange metal bean sculpture in Millennium Park in Chicago.
May 20th
Instant photo #46
http://www.flickr.com/photos/jesleephotos/5751969445/
Chicago fire escapes
Cell phone 365 #45
http://www.flickr.com/photos/jesleephotos/5752554286/
On the train in Chicago
May 21st
I was a bit too busy celebrating my wedding anniversary with my sweetie to take many photos today. I don’t think that is a bad thing though!
May 22nd
Instant photo #47
http://www.flickr.com/photos/jesleephotos/5751969143/
Dealing with a sticky pack and a sticky shutter on my Sx-70. Though this image did come out kind of cool – complete with a ghost bunny :)
The second best anniversary present we got each other:
Dewey:
http://www.flickr.com/photos/jesleephotos/5753004156/
Until next time,
~Peace~

We are leaving tomorrow morning for a long weekend in Chicago! We are planning on having a fun, free, un-planned (at least mostly!) weekend together to celebrate our anniversary! (7 years from our second wedding, for those of you who know the story) There will be many blog posts and photo updates from this weekend.

This was truly the most fun I have had at a festival! I hope we have a chance to be there again next year! 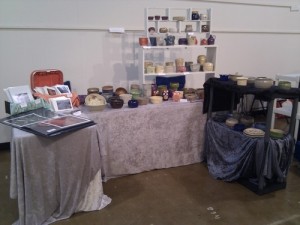 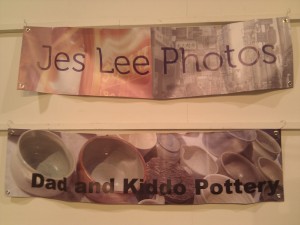 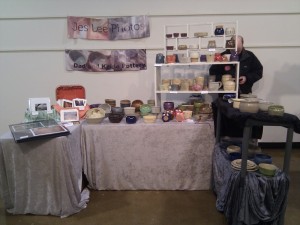 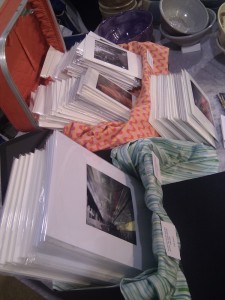 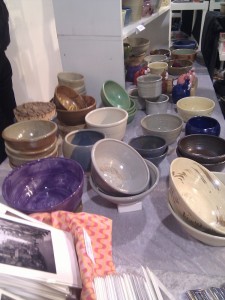 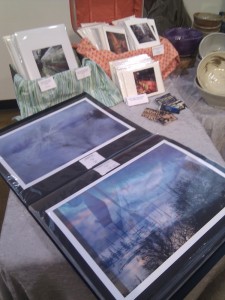 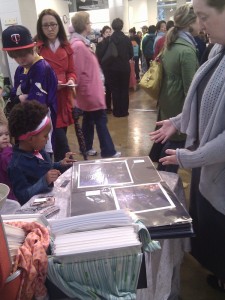 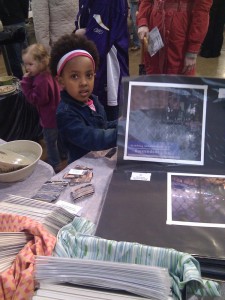 See the full gallery on Posterous

My focus has been split across many things lately. Not only the art festival a couple of weekends ago (which was amazing and I am truly amazed by all the love and support we found there!) but by putting together class schedule (darkroom class schedules!), figuring out what needs to be done for upcoming shows, scheduling more upcoming shows, deciding what photo competitions I can afford to enter, and many many other things. The last week has been a huge game of catch up. Honestly, there is no way I can complain though. I love having so many ‘art jobs’ to think about!

I am looking forward to being caught up a bit more now, and be able to focus on making more artwork. It is coming! I promise! I have even done a bit of research in printing on paper that can easily be bound into books, and finding new black and white and color film developing chemicals! Just before Craftstravaganza, the awesome people at MCBA offered to let me use my photography skills towards gaining volunteer hours, which help pay for my co-op membership. I’m ecstatic! It is always thrilling when something you love to do helps pay for another thing you love to do! I have been enjoying continuing in the Book Arts Certificate program, and just realized that I could be done with the Core program this fall!
My husband and I are coming up on our wedding anniversary for our second wedding. We’ll be celebrating 7 years for this one. To celebrate, we are heading to Chicago for a long weekend. I’m looking forward to the chance to relax and hang out together without other distractions, to take pictures of a different city for a few days, and to celebrate being married to an awesome guy!
I’m sure I’ll blog again before we go, but in the mean time, here is a little photo catch up: May 5th Instant 365 #35
http://www.flickr.com/photos/jesleephotos/5714031064/
Rocks at the prairie restoration site in New Brighton. Cell phone 365 #34 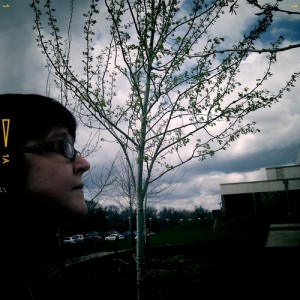 At the prairie restoration site…yes, it is in the middle of a parking lot. 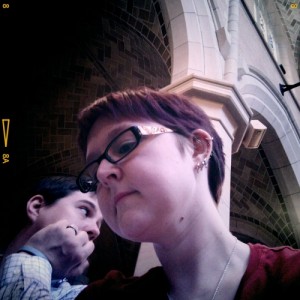 At one of the cathedrals for my cousin’s confirmation ceremony.

May 8th Instant 365 #37
I tried to take a photo of the flowers starting to bloom at the restaurant with expired black and white 600 polaroid film, but they didn’t come out. Cell phone 365 #36 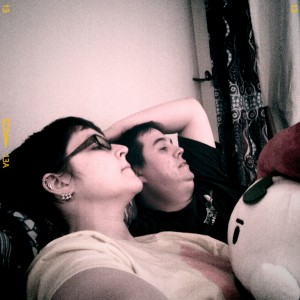 Dead tired after working a busy mother’s day at the restaurant. 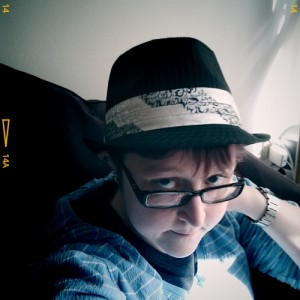 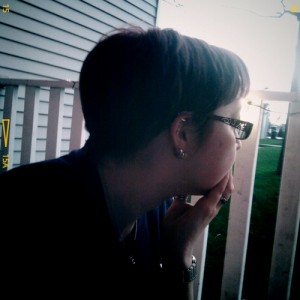 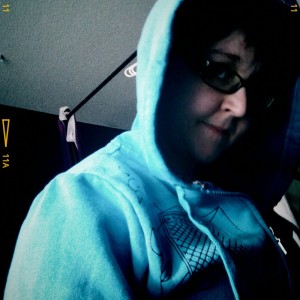 It has been very quiet around this blog lately. That has mostly been due to how busy I was preparing for Craftstravaganza. (There is a post on that coming very soon!) In the mean time, here is the catch up on my 365 projects! 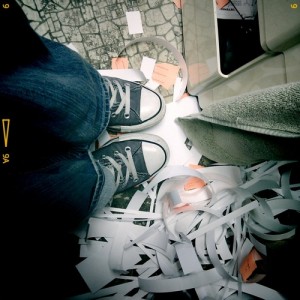 This was actually inspired by tweets from a couple of friends, but still very appropriate for the day. I spent 10 hours working on getting prints laid out in my portfolio to present at Craftstravaganza and was surrounded by notes and paper scraps.
April 27th
I don’t know what happened to me this day. I just didn’t have a cell phone portrait.
None of my instant photos turned out either. I guess it was just a blank kind of day!
April 28th
Instant 365 #29
http://www.flickr.com/photos/jesleephotos/5690980824/
Ok, so I take photos of my deck whenever my instant cameras haven’t been working particularly well. It is easier to go outside where there is better light and make sure it is just the conditions you were trying to take a photo in that weren’t that great, and that there isn’t actually something wrong with your camera!
Cell phone 365 #29 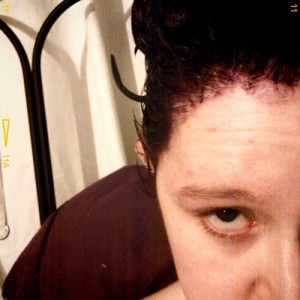 What else do I do before a big event but dye my hair again? :)
April 29th
Instant 365 #30
http://www.flickr.com/photos/jesleephotos/5690402641/
The Fine Arts building where Craftstravaganza will be taking place.
I don’t seem to have a cell phone 365 from this day either…
April 30th
I don’t have an instant photo from this day. The biggest reason being I didn’t bring any instant cameras with me to Craftstravaganza, and I left and came home when it was too dark to take a photo with the films I had loaded.
Cell phone 365 #30 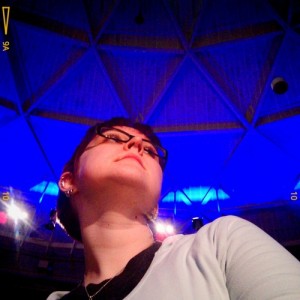 Craftstravaganza and Roller Derby day!  I took this at the convention center while we were watching the derby.
May 1
Instant 365 #31
http://www.flickr.com/photos/jesleephotos/5690978856/
Yeah, I know, another deck photo….
Cell phone 365 #31 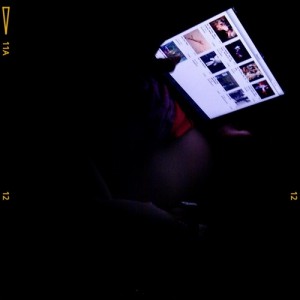 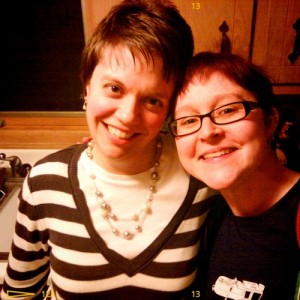 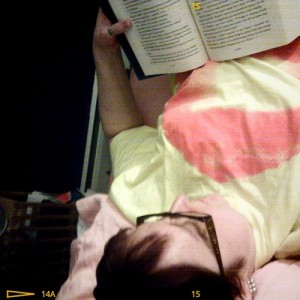 some bedtime reading.
May 4th
I can’t find the cell phone 365 photo from this day! However, I did take an instant self portrat:
Instant 365 #34
http://www.flickr.com/photos/jesleephotos/5690980550/
Hello! And May the Fourth be with you ;)
I’ve been having some issues with my cell phone which I think is to blame for a few of those missed days (I only remember completely forgetting one self portrait!) but I’m not going to dwell on it. I’m going by the photo # count, so it will just take me a little bit longer to get to the 365 mark!
Until next time,
~Peace~