When I get busy putting together a new show for a gallery, or trying to finish a book project, I often forget to give myself a break, and don’t take care of myself enough.

Over the past 2 1/2 years, having a steady yoga practice has taught me how important self-care really is, not just for me physically, but mentally as well.

Sometimes it is still hard for me to listen, and the beginning of my summer break was no exception. I skipped yoga class a few too many times in favor of long days in my studio, and I was getting burned out, overly stressed, and sick.

Memorial Day Weekend came around and I was a mess. But thanks to plans we had made with friends, I was forced to have some down time and get back into a normal, slower routine. Among other weekend events, we joined a couple of friends at their family’s cabin for the weekend. I’ll write another post soon dedicated to the photos I took while we were there. But this was the turning point. Sitting in my kayak on a lake is one of the most peaceful places I have found on this earth. Getting back home after our time there, I started falling back into the rush and craziness of getting work ready for my upcoming show…until I forced myself to stop, and remember these moments.

I started a small challenge of seeing how many times per week I can make it to yoga class during this month. This past weekend I went to a new class for a style of yoga I have not tried before, and I loved it. I’m going to go back as often as I can before my day job starts up again in August.

After forcing myself to slow down again, I am making much more progress on getting work ready for my show. I install everything on the 23rd, and I am almost ready. I can’t wait…I am very proud of the work I am making now.

More about that to come soon. 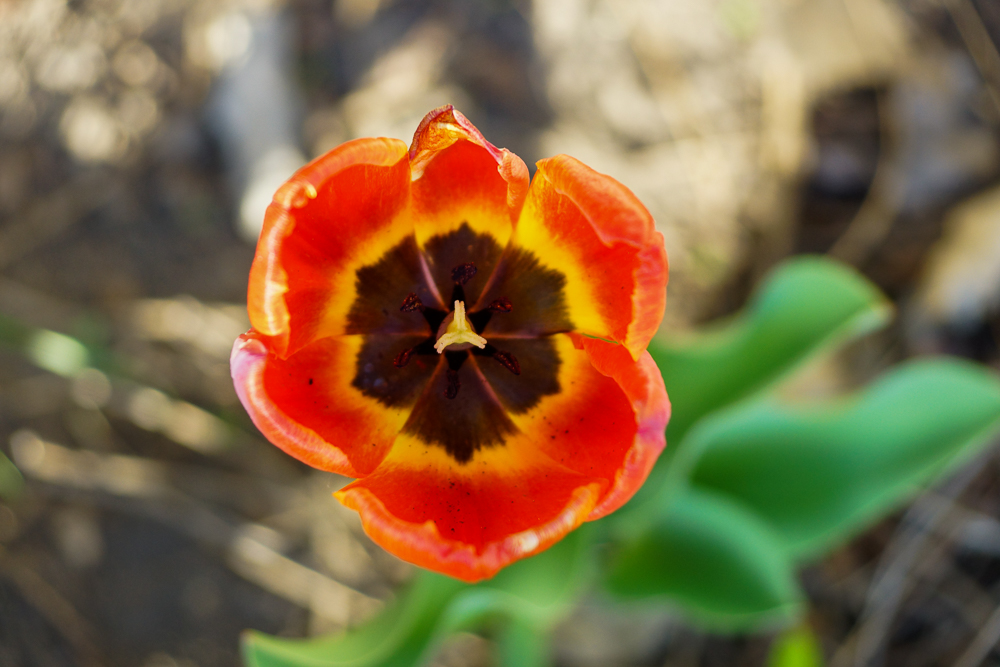 I have spent a lot of time with my laptop, working on artwork every waking minute that I am not at work. Which isn’t horrible – at this time of year I usually get antsy to get out and start working on our yard, which makes my spring allergies even worse. This year, there just isn’t time for that. But yesterday I did let myself out of the house for a few minutes to see what is going on out there. I’m worried about our little crab-apple tree, but everything else appears to be growing and flowering and making the bumble bees around here happy.

I still don’t have a working camera on my phone…but I really haven’t missed that much. It takes me a bit longer to get my #100DaysProject photos posted to Instagram, but that isn’t really a big deal anyway. I can’t even begin to say how wonderful it has been to be home on spring break this week.

To say that I have finally been feeling like an artist again, more like myself for the first in a long time would be a big understatement.

There have been events around here in the last couple of weeks that have been absolutely gut wrenching. I don’t pretend that life will stay the same – I know it won’t, and I believe that change is good, to get us out of our comfort zones, and on to new things.

There have still been a few things this past week that blind-sided me though. I went and photographed swans with my uncle again this past weekend. There is something about just sitting there, watching the birds, and talking that I really needed. Some things clicked into their proper places after that.

On we go, and keep flying, even when you don’t know how you will be able to. Hearts are resilient things. I learned from a new friend this week that the heart of a racing dove is the same size as the heart of a young turkey. I don’t know what to think of that really, except that there is proof that you can still fly even if your heart is a bit heavier. In to the sunshine. 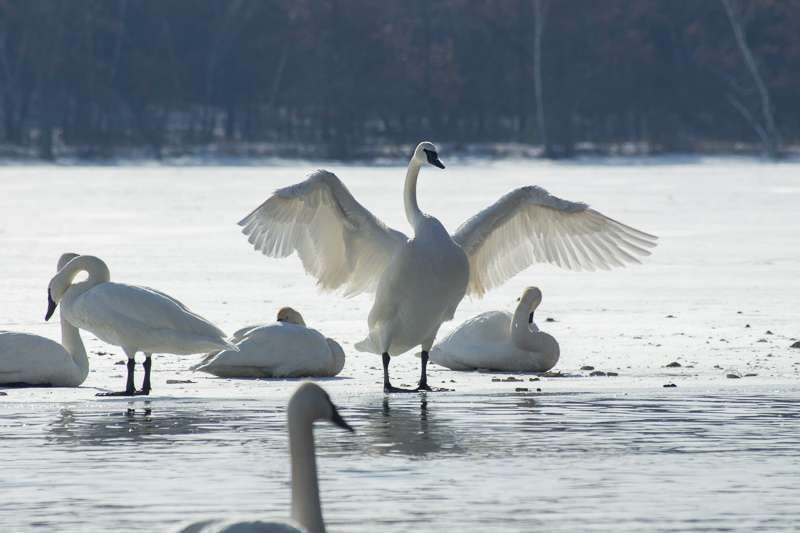 We had a long Sunday. While it was not filled with art show openings like Saturday was, it was still wonderful, and filled with family and shopping and I was able to spend a lot of time with John. I always love weekends like that.

Being that it was the first weekend in quite awhile that we were both feeling good, John went with me to see the swans and test out my new lens. From where we park, it is about a mile walk out to where the swans hang out. We weren’t able to stay long enough to watch them fly away, but we were able to stay for a bit. I tried out my new lens, and I am really enjoying it! The auto focus isn’t the fastest, but it isn’t the slowest I’ve used either. And the photos I got were quite sharp. I forgot to bring something to feed the swans, so they weren’t very interested in sitting close to me. It was a nice to test the zooming capabilities of this lens though! For reference, I took this with my iPhone from where I was sitting. More photos with my digital camera below, and more film photos to come soon.

After, we hiked back to the car, stopped at home to change, and went to The Bad Waitress to celebrate John’s birthday as well as my father-in-law’s birthday. It was nice to see them. I’m hoping we can do Sunday brunch with family a bit more often now.

After, John and I went to Ikea in search of spice jars (we didn’t find them) and the Mall of America in search of clothes. We didn’t find very much in the way of clothes, but we did come home with a stack of books, thanks to a couple of gift cards. The number of books I have purchased this weekend says a lot about where my head has been lately. Currently, it is beautiful and snowy out, and I couldn’t be happier! I’m heading out to yoga for the first time in over a week…I finally feel like I could make it through most of class. Fingers crossed that I’m right about that! 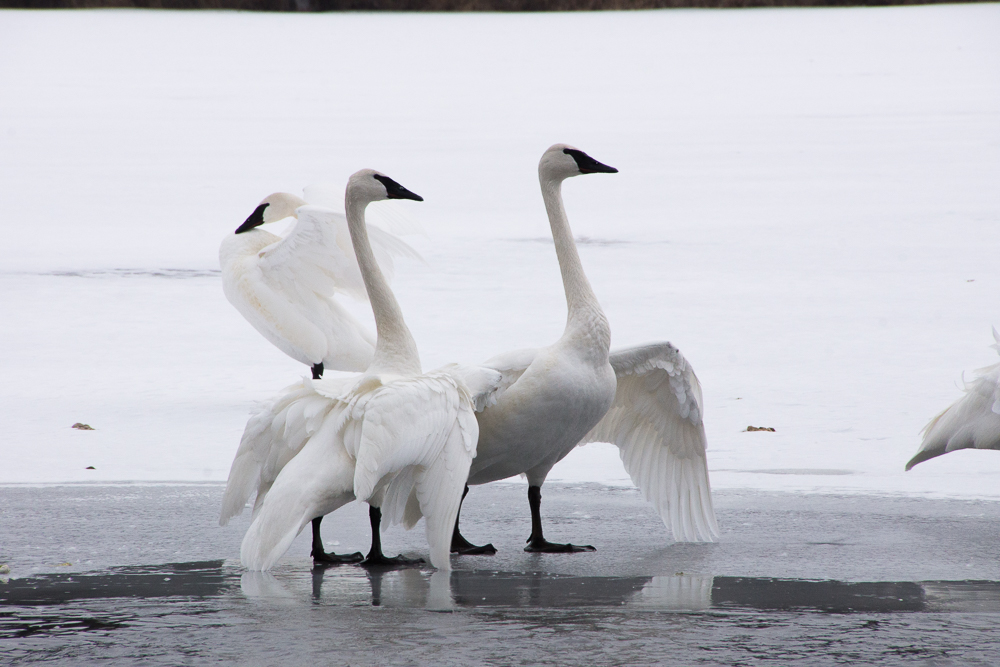 My uncle emailed me last week, asking if I would like to go photograph swans with him one morning over the weekend.

I have known for a long time that he does this when the swans return to this creek/pond close to his house.

I have also known for a long time that he goes out pretty early in the morning to photograph them.

But I have been curious about this habit of his, and curious about if I would really enjoy taking wildlife photos or not, if I could ever get myself out of bed that early in the morning for something other than work…etc.

So, before my brain could remind me that the particular weekend he was asking about was a work-weekend, and a roller-derby-weekend, and a celebrating-various-awesome-life-things-with-friends-weekend, I replied to his email saying “yes”.

We met Sunday morning, cameras in hand, and after a 1-mile hike from where we could park, we arrived at the water, with somewhere around 35 swans, and almost as many ducks.

I dressed warm, knowing we would be sitting in the snow. These birds didn’t mind we were there, and were quite happy that my uncle brought corn with for them!

Knowing that I would want to take photos of them flying away using a camera with more speed than my film cameras, I brought my digital Sony A77 with me…but I also stuck my Hasselblad 501c/m with my 150mm lens in at the last-minute. I haven’t developed that roll of film yet, but I hope to soon. For anyone super curious, the lens I was using on my Sony was a Tamron 19-270mm lens that I borrowed from a different uncle. I don’t own a lens with that much zoom…yet. I think after this outing, I will start researching which one I would like to someday own.

Being that close to the swans and the ducks was really cool! We walked around, getting different views of them interacting, eating, and showing off to each other. We knew eventually they would all take off, flying over us…and it felt like we waited forever as the wind picked up and the temperature seemed to drop…but it was worth the wait.

Do I need practice at taking photos of birds flying away? Oh, hell yeah I do. But it was fun! And I really like some of the photos I took. And I definitely will go back again, even though it is a bit early in the morning for me. 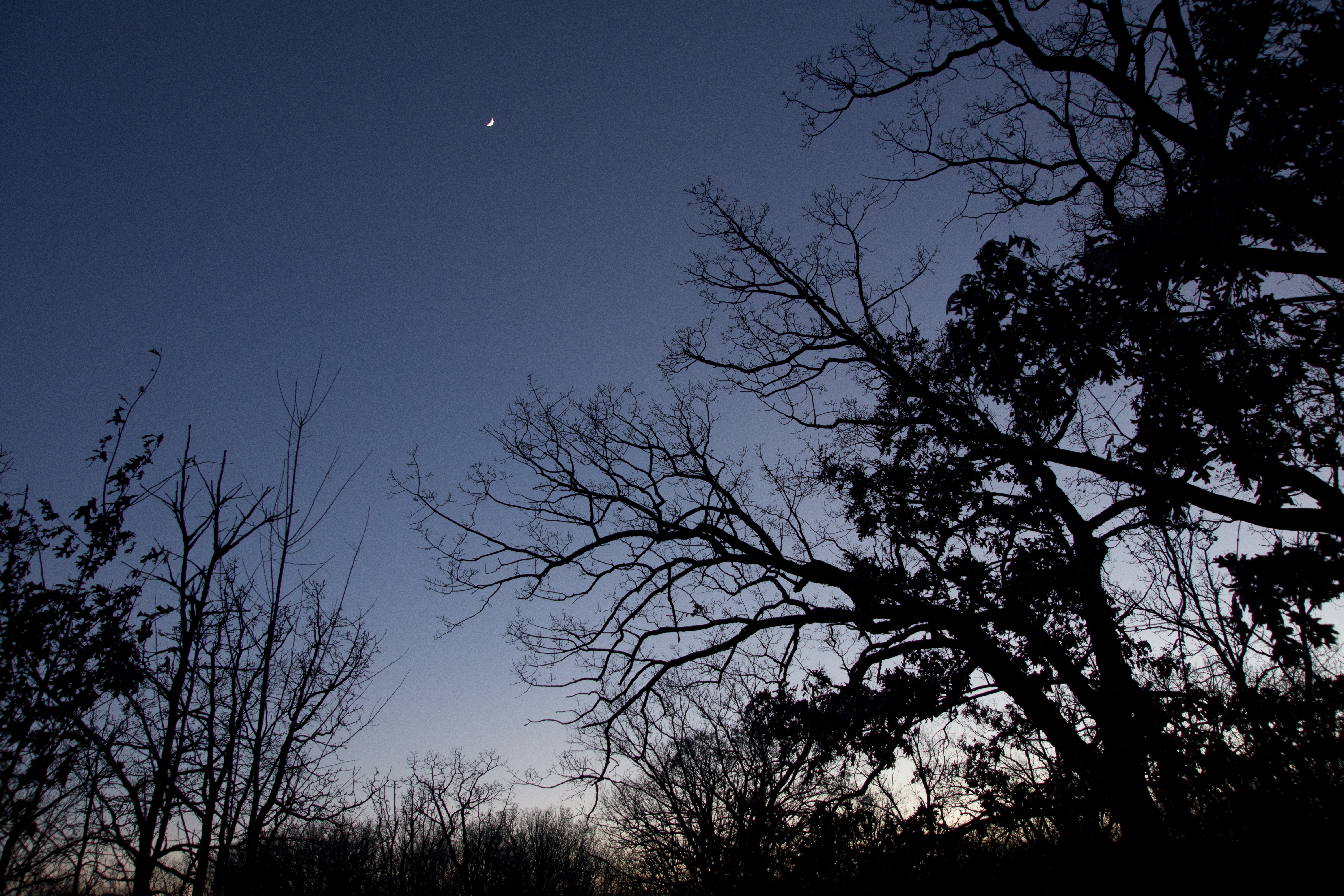 Last Thursday was amazing. I now actually have a grasp on what I am creating for this show, how everything will be placed, hung up, and displayed. It is an amazing feeling to have those plans and to know where this show is going and a bit about how it will look. I wish I could explain all that to you…I wish you could see what is in my mind right now…I think it will be cool! So why the switch? Essentially, I really like the technology Sony is offering and the price they are offering it at. Many friends of mine (ok, two in particular) keep saying that photography is changing. I believe them, and not just because of the fact they have taught college level photography for a long time but because it is true, to a point. Photography will always be about the images and what they tell no matter if the photo is made digitally, or with film or any combination thereof. But there is a huge technology aspect that is changing it. In the digital world, the brands that have made cameras the longest are not necessarily the strongest anymore. It is a different ball game. It will be interesting to see where this all goes, and I hope to talk about it a bit more here in the future. In the mean time, back to this little camera. One other reason that made me switch is that Sony is paired with Carl Zeiss and has a series of Carl Zeiss lenses. Those of you who know me and know my work know that I have made photos with a Hasselblad for a long time now (12 years to be exact) and Carl Zeiss is known for making Hasselblad’s lenses. They are amazing, top notch….they make awesome glass period. I trust these lenses. They aren’t cheap, and I honestly don’t know that I will afford more than one main one for quite awhile, but I do know they will be worth the money I pay for them, without searching through forums and reviews online. And that is what pushed me over the edge to get this.

Now, due to unfortunately cold weather, and my Mr. FN being sick, I haven’t made it out to play with this camera much. But, I did make it out at dusk last night for a short walk to see what I could do. It will take some getting used to! But I am especially happy with this one. Now I’m off to write and create and do all the things I need to be doing today. Today I am printing out a preliminary set of pages for another set of books to be displayed with this show. This set of pages will help me figure out how to make the letterpress work that will go with them possible. I will also hopefully start working on a set of new, tiny images, and the letterpress layers that may go with them.